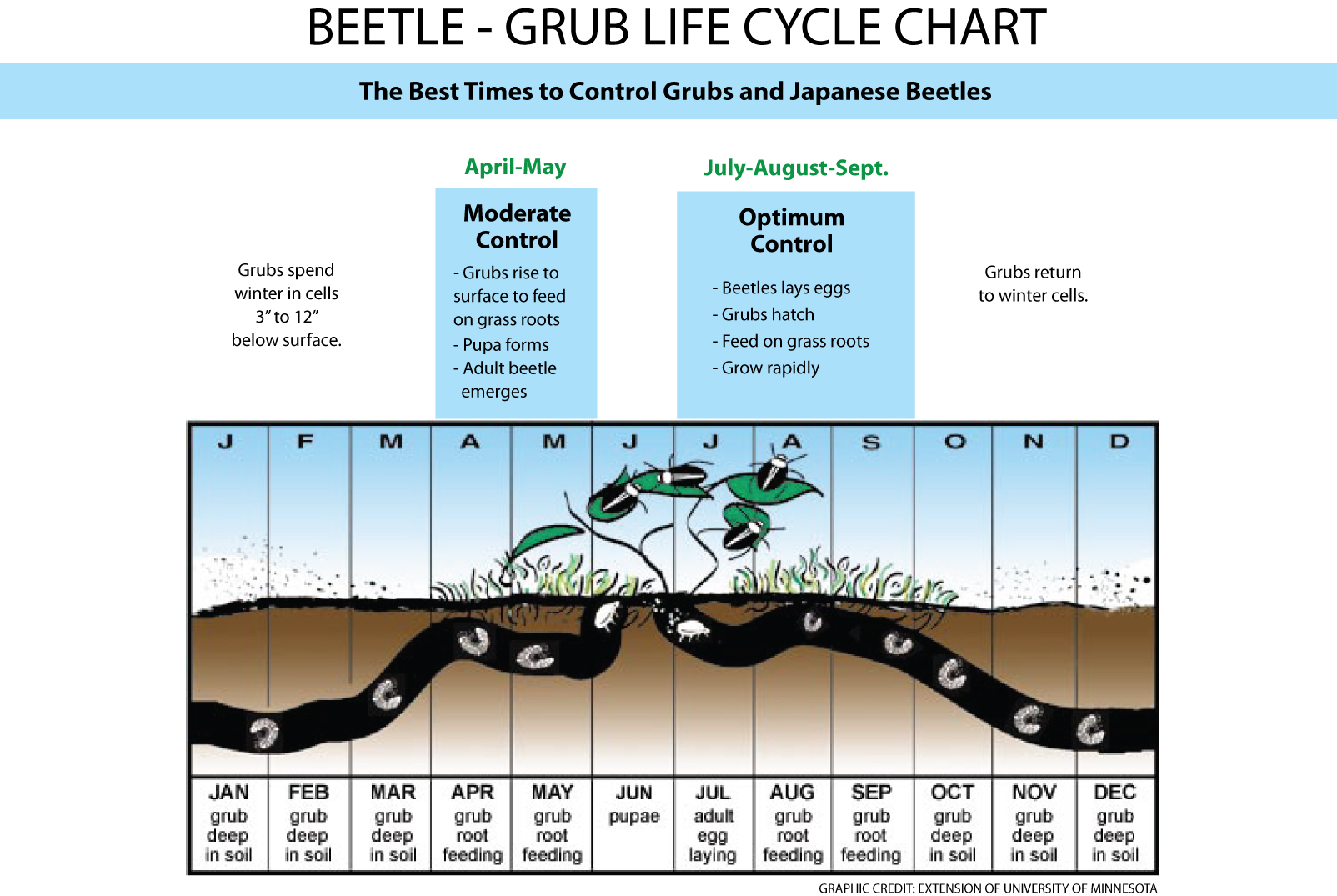 Learn more about their life cycles and when to use pest control products.

FAQ: What are the best times to control grubs and Japanese beetles?


It's a vicious cycle... Grubs turn into Japanese beetles and these beetles produce more grubs. The life cycle of the Japanese beetle takes approximately one year from egg to adult. This combination of grub and mature beetle dishes out a double threat to homeowners and gardeners during the warmer months. While the grub larvae feed on the roots of our lawns, the adult Japanese beetles turn foliage and flowers into lace, as they nibble voraciously into June, July and August.

Life Cycle of the Japanese beetle: From egg to adult

What products can you use to control grubs?

Milky Spore Granular Grub Control: The natural bacteria in Milky Spore powder kills Japanese beetle larvae (white grubs) that live in the soil and feed on grass roots. When you apply the powder to your lawn to kill the initial grubs, the spores actually multiply in the soil, remaining viable for many years. Milky Spore can be applied anytime that the soil is warm.

How do you control Japanese beetles?

As a Preventative: By applying the Milky Spore powder, it helps to reduce the number of Japanese beetles for the next season. Only one application is necessary.

Japanese Beetle Traps: Beetle traps have an attractant that lures Japanese beetles. Place traps a good distance away from your garden or plants that you want to protect, or you will end up attracting more beetles than you had before. The best scenario is to use them at the perimeter of a large space (not a small space), so traps will capture these pesky bugs and draw them away from the garden.

Apply in April-May-June for moderate control.

-Grubs return to their winter depth in the soil.